Stara Pazova is a city and an oval settlement in Vojvodina in the Srem district. It is also the center of the municipality of the same name, situated on both sides of the old Belgrade-Novi Sad road, next to the railway and the highway of the same direction, in the south-eastern Srem, 43 km south-east from Novi Sad and 32 km from Belgrade. The settlement has a regular square shape disrupted by one embankment on the southeastern periphery. It is an area of 64.68 km² which borders on the north with the municipal area of Novi Karlovci and Inđija, on the west with Golubinci, on the south with Vojka and on the east withStari Banovci. Geographical coordinates of Stara Pazova are 44 ° 59’north latitude and 20° 10′ east longitude. According to the 2011 census there were 18,602 inhabitants.

As a municipal center with a long administrative tradition, it has many representative objects such as the Orthodox Church (1829) and the Chapel (1850), the Evangelical Church (1785) and the Parish House (1894) in the building of the SEAVC archive), the Roman Catholic church (the first half of the 20th century) of the Slovak house (1928), the birth house of the national hero Janko Čmelik (the first half of the 20th century) and the monuments in the city park (1949), the building of the hotel Srem (1905),premises of the former Savings Bank (1905), banks, agencies, mall, bus station, city park, health center, veterinary stations, libraries, theaters, shopping center, municipal administration buildings, multi-storey buildings, football houses, industrial buildings and other elements which make the physiognomy of the settlement more urban.
Gallery: 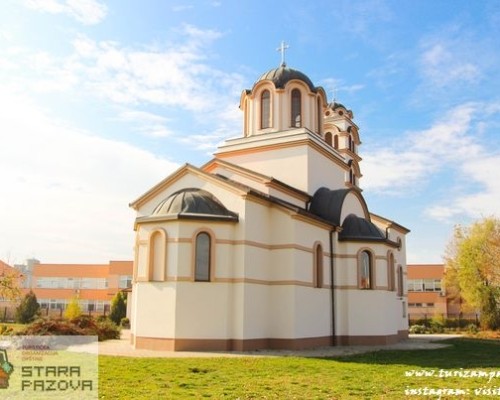