On the arrival of the first group of Slovaks in Stara Pazova in 1770, the priest Samuel Španagel held the first service on June 25, 1770, in the Seleni Mountains under the clear sky in a church that had not yet had a roof. On August 31, 1771, the foundations of the new church were laid. The evangelists of Pazova were unwilling give up their goal – building a new and larger church. They sent the governor a request to allow them to build a new church with a bell tower. This was approved by Joseph II. Thanks to Jan Urm, the Evangelist and a tax collector in the Zemun Magistrate, the authorities approved the Slovaks’ baking of 250,000 bricks for the construction of the church in 1786. The Evangelical Church of Pazova was the first in the entire Habsburg Monarchy to obtain the permission to build a belfry, while the church itself is the oldest object of this religion on the Balkans.

The Roman Catholic Church of the Holy Trinity – Stara Pazova

The temple of the Holy Venerable Mother – Nova Pazova

The Roman Catholic Church of the Holy Trinity – Stara Pazova

The temple of the Holy Father Nikolai – Surduk 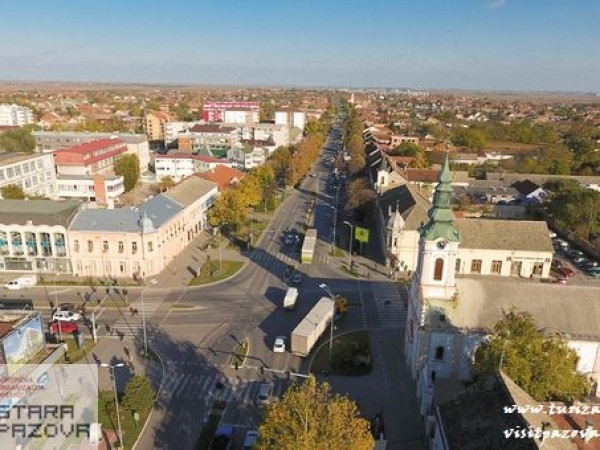